A member of the Philippine Taekwondo contingent, Rannie   was chosen to represent the Philippines, competed in his category and   made a remarkable performance that enabled the country won the overall   championship which was wrestled by 49 countries that sent 2,000   competitors.

Proper training, discipline and a strong will gave Rannie the gold in   the 11-year old category  known as Poomsae (a competition for forms and   execution of different self-defense techniques).  He defeated tough   contenders from India, Australia, Spain and Russia.  He won Silver in   Kyorogi or Sparring competition and successfully entered in the finals   after beating world’s best players (coming from Australia, Turkey, Spain   and Greece) in the 11-year old category.  He gave in for a silver after   his U.S. opponent gave him hand injury due to an illegal kick.    Fearless as a Filipino, Rannie stood up gallantly and finished the   “supposedly called-off fight”, made his team and country proud of what   he did and received the most-appreciated applause from the watching   spectators from all corners of the world.

Congratulations to Rannie and the whole Philippine Taekwondo Team! 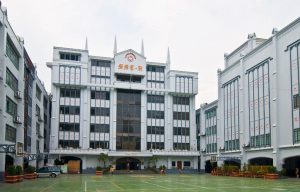